Käännösvirta is the translation agency for you who appreciate high quality. We edit and translate both non-fiction and fiction. Our working languages are English, Finnish and Swedish, all three languages being both source and target languages in translations. Moreover, we translate from Danish and Norwegian to English, Finnish and Swedish. Our expertise also includes academic texts and popular science (theses, reports, books, articles etc.), especially in the fields of psychology, social sciences, economics and marketing. 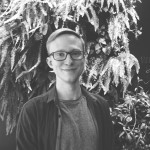 Henri Virta
henri (at) kaannosvirta.fi
The company was started by Henri Virta, who has worked with summarizing, editing and translating texts for various companies, for example Cision Oy in Helsinki. He masters, in particular, editing and translating texts in economics, marketing and medical technology. Henri is in the final phase of his MA studies at the School of Economics at Aalto University in Helsinki. 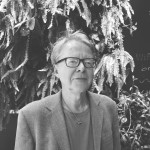 PhD Erkki Virta has made translations since the late 1970s. He has also worked as a journalist in Finnish and Swedish, as a researcher in cross-cultural psychology in international projects, and as a psychologist in both Finland and Sweden. Erkki has translated, edited and popularized several articles, books and reports in the areas of journalism, psychology and social sciences, but he also likes translating fiction, especially detective novels.

Erkki disputed in 1994 at Stockholm University with a doctoral dissertation on the psychology of bilingualism and ethnic identity. Later on he has been active, for example, in the International Comparative Study of Ethnic Youth (ICSEY) project, including 15 countries around the world, and as a researcher, editor and translator in the Scandinavian research project “Interactions across the Gulf of Bothnia”.